The 9 Best Comedy Clubs in Connecticut! 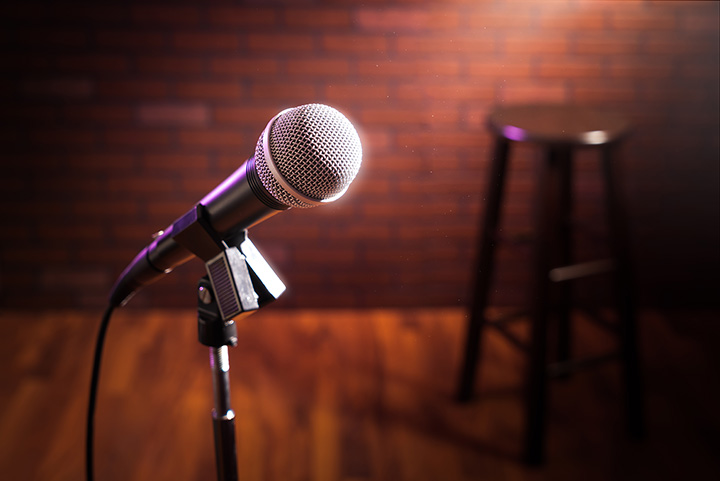 Looking for an evening of laughter with friends? The very best comedy clubs in Connecticut feature both local and national acts, all of which will give you a night to remember. Here are our 9 favorites in the Nutmeg State!

Located in the Mohegan Sun Casino, Comix is one of the top-rated comedy clubs in Connecticut. This bar and club has a packed events calendar full of funny stand-up and musical performances. Wacky Wednesday and Silly Sunday are two weekly standbys, sandwiching a weekly featured comic performing on Thursday, Friday, and Saturday. Check their calendar for more specifics.

Several theaters at Foxwoods Resort and Casino feature some of America’s funniest comedians. Expect performances from Carrot Top, George Lopez, Vic Dibetetto, and more, with numerous events frequently added to their calendar. Foxwoods and Mohegan Sun are truly some of the best venues to see top performers in Connecticut.

Sea Tea is a comedy and improv school and comic company. They feature nearly daily performances, some even suitable for children. Their small theater allows for intimate performances composed of small casts or duos. This is the best place in Connecticut to see local comedy.

With numerous exciting events on the schedule, Playhouse on the Park is a great option for live entertainment in the heart of Connecticut. With improv shows and battles, comedy nights, plays, and theater for children, everyone will find something to enjoy here. Upcoming comedy and improve nights take place roughly once per month.

One of Connecticut’s favorite breweries, City Steam features a packed comedy schedule. Laughter permeates the brewery with guests such as Stacy Kendro and Corey Rodrigues. For all things funny, three shows are available weekly on Friday (8 p.m.) and Saturday (7 p.m. and 10 p.m.). Admission costs $17 per person and guests must be 21 years or over.

Another Treehouse Comedy venue, Bobby V’s Restaurant and Sports Bar features comedy shows on their recently renovated second floor. Approximately once per month, diners will be able to enjoy special comedy shows including acts by Joey Kola, RC Smith, and Tracy Locke. Be sure to make a dinner reservation with request to see the comedy shows.

Edmond Town Hall is a small theater in Newtown that hosts clubs, movies, classes, and comedy. Enjoy a performance in this 1930s building that is on the National Register of Historic Places.

Though more often a venue for live music, the Oakdale Theater also occasional draws performances from iconic comedians. Events are held either in their main theater or in the outdoor Dome.

View more Connecticut Comedy Clubs.
Select a Connecticut town to find
the Best Things-To-Do and Places To Go around you